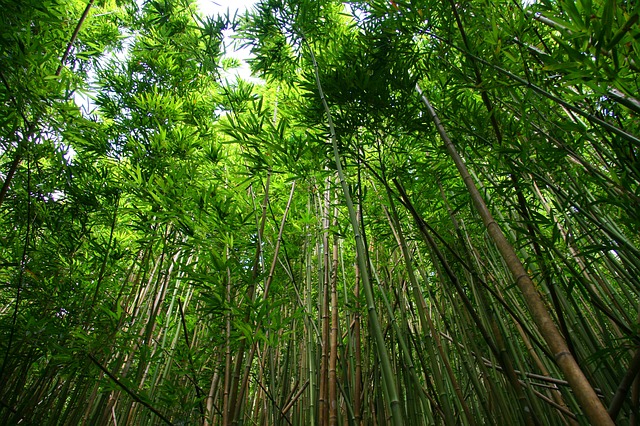 There was a time.  When giant animals like elephant, rhinoceros and sloth bear roamed wildlife in Purna Wildlife Sanctuary.  But during the Mughal Empire, all these animals were hunted in large numbers in Purna Wildlife Sanctuary.  Due to excessive hunting, all wildlife like elephant, rhinoceros and sloth bear has become extinct from this wildlife sanctuary today.

Purna National Park is bordered by Dang, Tapi, Vyara and Ahwa districts of Gujarat, and Nandurbar district of Maharashtra also has boundaries of this wildlife sanctuary.  The responsibility of managing Purna National Park rests with the Dang Forest Department of Gujarat.

The tribals living here have built small villages in Purna National Park according to their respective communities.  The tribal families living here are still fully connected with their culture.  These tribal families have preserved their clothes, ornaments and cultural heritage like traditional folk music, instruments and folk dance, even today.

Most tribal families still depend on farming, fisheries and forests for their living.

More than 700 species of plants and plants are found in Purna Wildlife Sanctuary.  The biggest reason for this is the Purna river flowing here and together this forest area is one of the rainiest places of Gujarat.  Purna National Park receives up to 2500 mm of rainfall throughout the year.

Apart from the Purna river and rain, some small rivers flowing in this national park also contribute to enriching the vegetation of this forest area.  Located in the Western Ghats of the country, the maximum part of this park is located in hilly and plateau areas.

Teak and bamboo trees in the garden reach more than 100 feet in height, due to which the sunlight in many places of the garden is very difficult to reach the ground.  Well, trees like Haldu, Salai, Killai, Bamboo, Sagwan, Kadaya, Sheesham, Sadad, Kalam, Sevan, Tanach and Tamru contribute to enriching the flora of this national park.

Therefore, there is a strong possibility that the forests of Dang district of Gujarat may prove to be suitable places for the natural habitat of tigers. Due to the very similarity between the vegetation of Vansda National Park and the flora of Purna National Park, around 116 species of spiders are found in this national park too.

Along with spiders, this national park also provides a suitable natural environment for reptiles like snakes and pythons. The leopard is the largest main predator animal in Purna National Park. Wildlife such as sambhar, chaussinga, mango mongoose, barking deer, hyena, Indian civet cat, chital, rhesus macaque and jungle cat along with leopards share the forests of Purna National Park.

Along with wildlife, Purna Wildlife Sanctuary is one of the most suitable national parks for bird lovers. During the census of many birds from the year 1999 to the year 2003, 139 local and migratory bird species were identified in Purna National Park.

Gujarat Tourism Department has built eco campsite in almost all the national parks to promote ecotourism in the natural tourist sites of its state. The intention of the Gujarat Tourism Department behind the construction of these eco campsites is that tourists visiting these national parks can easily understand the flora and wildlife of these wildlife sanctuaries.

Mahal Eco Campsite has 4 air-conditioned cottages, tents and kitchens for tourists to stay. A campfire can also be done at night at the Eco Campsite. Two large scaffolds are built on the campsite to have a natural view of the national park. The views of the wildlife of Purna National Park are very beautiful from these scaffolds.

Purna National Park is open for tourists from 8:00 am to 6:00 pm throughout the week. During the monsoon, the garden receives heavy rainfall, so before going to Purna National Park from the month of June to September in the year, it would be appropriate to get the information about the opening of the garden by calling the relevant phone number.

The time of entry into the park can be changed by the forest department according to the weather.

How to reach Purna National Park

How to reach Purna National Park By Flight

How to reach Purna National Park By Rail

How to reach Purna National Park By Road

The entire National Park is also very well connected by road. Being located near the state border of Gujarat and Maharashtra, regular government and private bus services are available from both the state to Purna National Park. Apart from the bus, tourists can reach Purna National Park very easily with their own private vehicle besides cab and taxi.

(If you have reached here in my article, then you have a small request from me to share your suggestions related to this article in the comment box below, and if you see any deficiency or any wrong information, then also definitely Tell me. I keep posting information related to travel on this website, if you like the information given by me, then you must subscribe to my website through my email, thank you)