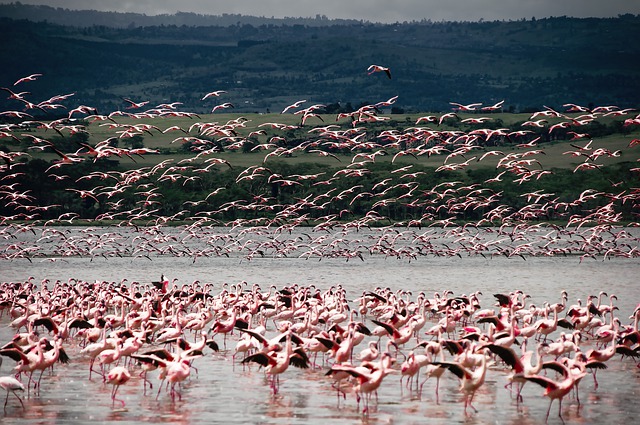 Spread over 1100 square kilometres, Chilika Lake is India’s largest and the world’s second-largest saltwater lake. There are many small big islands on this lake, out of which Honeymoon Island and Snack Island are the main attraction of this lake. The Chilika Lake, made in the shape of an apple, has expanded from Bhusandpur town in Puri district to Rambha-Malud town of Ganjam district in the south.

Some marshy islands and a 60 km long sand strip separate this lake from the Bay of Bengal. There are about 132 villages around Chilika lake. The livelihood of 1,50,000 people of these villages is completely dependent on this lake. Local residents here offer boating to the tourists visiting the lake and besides this, fishing is also a way of their living.

For this reason, Chilika Lake is considered one of the largest breeding colonies of migratory birds like flamingos. Due to the saline water of the lake, many types of rare sea creatures found in saltwater are also found.

Nalbana in the local language of Odisha means an island covered with grass. Nalbana bird sanctuary has migratory birds from far-flung countries such as Iran, Himalaya, Mongolia, Caspian Sea, Central and South-East Asia countries, Russia and the Aral Sea to complete their breeding period and migration period.

Migratory birds such as greylose geese, herons, white-bellied sea eagles, spoonbills, cranes, Goliath herons, black-headed ibis, flamingos can be easily spotted in this bird sanctuary. Many rare species of birds can also be seen in the Nalbana Bird Sanctuary, including birds such as spot-billed pelicans, Dalmatian pelicans, Asiatic dowitchers and spoon-billed sandpipers.

The island also has colonies for nesting birds like river turn and gull-build turn, besides the largest colony of birds like flamingos can also be seen on this island. The survey conducted by The Bombay Natural History Society in the year 2002 recorded the number of 540 habitats of birds of river tern species. At that time, this nesting colony of river tern species was the largest colony in Southeast Asia.

Apart from the Nalbana Bird Sanctuary there is a cluster of seven villages around Chilika Lake. Local groups of these seven villages are also known as Satpada. And among the tourists who come here, this place is more famous as the Satpada Dolphin Point.

In addition to migratory birds and rich marine life in Chilka Lake, the area around the lake also gets wildlife and rich vegetation.  Among the wildlife found around the lake, mainly hyena spotted deer, blackbuck and golden jackal are easily seen.  Apart from wildlife, Chilka Lake is also considered one of the most suitable places for eco-tourism.

This village is named after Mangalajodi, the ancient twin temples located here.  There is also a famous Raghunath temple near this village, this temple is believed to be around 250 years old.

Tourists and devotees can reach this temple very easily with the help of boat to visit Goddess Kali in Kalijai temple.  The festival of Makar Sankranti is celebrated with great fervour in this temple.  During this festival, a large crowd of devotees gather in this temple.

How to reach Chilka Lake

How to reach Chilka Lake By Flight

How to reach Chilka Lake Train

How to reach Chilka Lake By Road